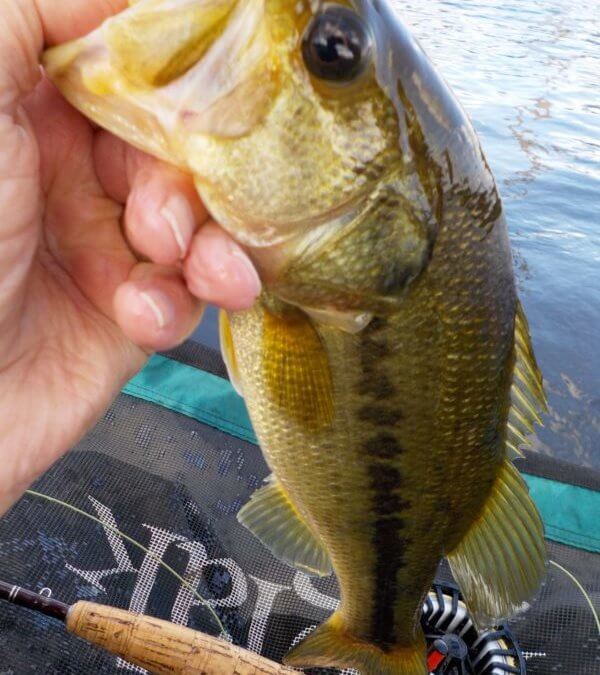 There’s been little rain here for a long while, and the small pond I at its lowest level of the year. Three mid-forty degree nights caused the pond to turn over, and the northeast wind blew the oxygen-depleted water against the dam. I could not induce a single strike from that end of the pond, but the eat side weedline produced a robust 17-inch bass and several of 10 to 12 inches. The east side water was unusually clear, and as a result, I actually “lined” small groups of these school bass that were moving along the weedline. That’s a very unusual occurrence in ponds. Most of the bass and the few bluegills I caught inhaled a size-8 chartreuse Bully Spider including the big bass, while a Black Ghost streamer caught the rest. This unusual trip concluded as I slowly finned my float tube toward my takeout while trolling the streamer. At midpoint, the fly came to a sudden stop, and my 6-wt. rod acquired a deep bend. I assumed that I had hooked a submerged stump or log until it began moving sideways. The pressure from my forward movement caused the fish to erupt from the water in thrashing head shakes that dislodged the fly, and the big bass was gone. It had been big, really big, but I won’t venture a guess as my eyes were as big as silver dollars.