A Happy Evening With an Odd Fly 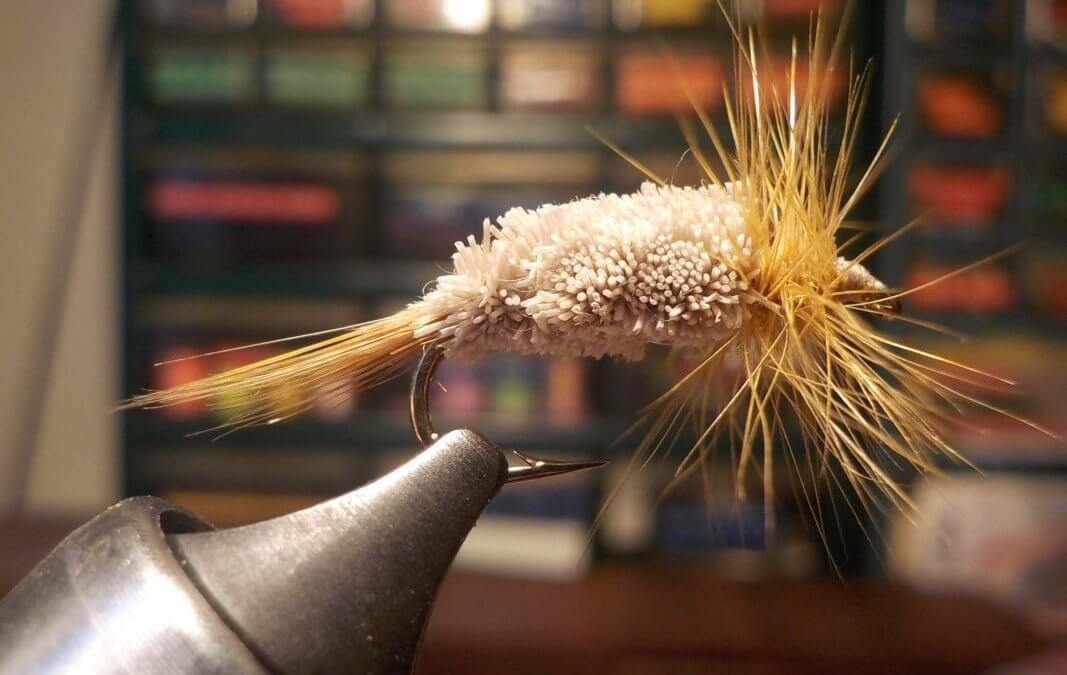 A cooling Northwest breeze fueled my hope for encountering surface-feeding bluegills in a weed-line encased pasture pond. I planned to fish a size-8 Rat-Faced McDougall fly created by Catskill fly tying legend Harry Darbee in the 1930s. Darbee’s dry fly has a a trimmed deer hair body with ginger hackle and tail. I launched my float tube and approached the shaded weed line pockets armed with a 4-wt. rod. Several initial casts were ignored, but the bluegills’ “kissing” sounds as they sipped insects from the surface could be heard from under overhanging branches. Short, accurate side-armed skip casts that enabled the fly to land under the leafy canopy were required. The casts that failed to skip the necessary distance did not induce strikes, and several casts misfired into branch or weed hookups that needed to be pulled free. The successful splashdowns, however, nearly always provided explosive strikes that became rod-tip bouncing tugs of war. The float tube allowed me to maneuver into the most favorable casting positions, improving my casting accuracy. As I released the last fish, a hefty 9-incher,  I became aware of impending darkness. I did it again. I had been so wrapped up in bluegills that I barely had enough light to put away my gear.