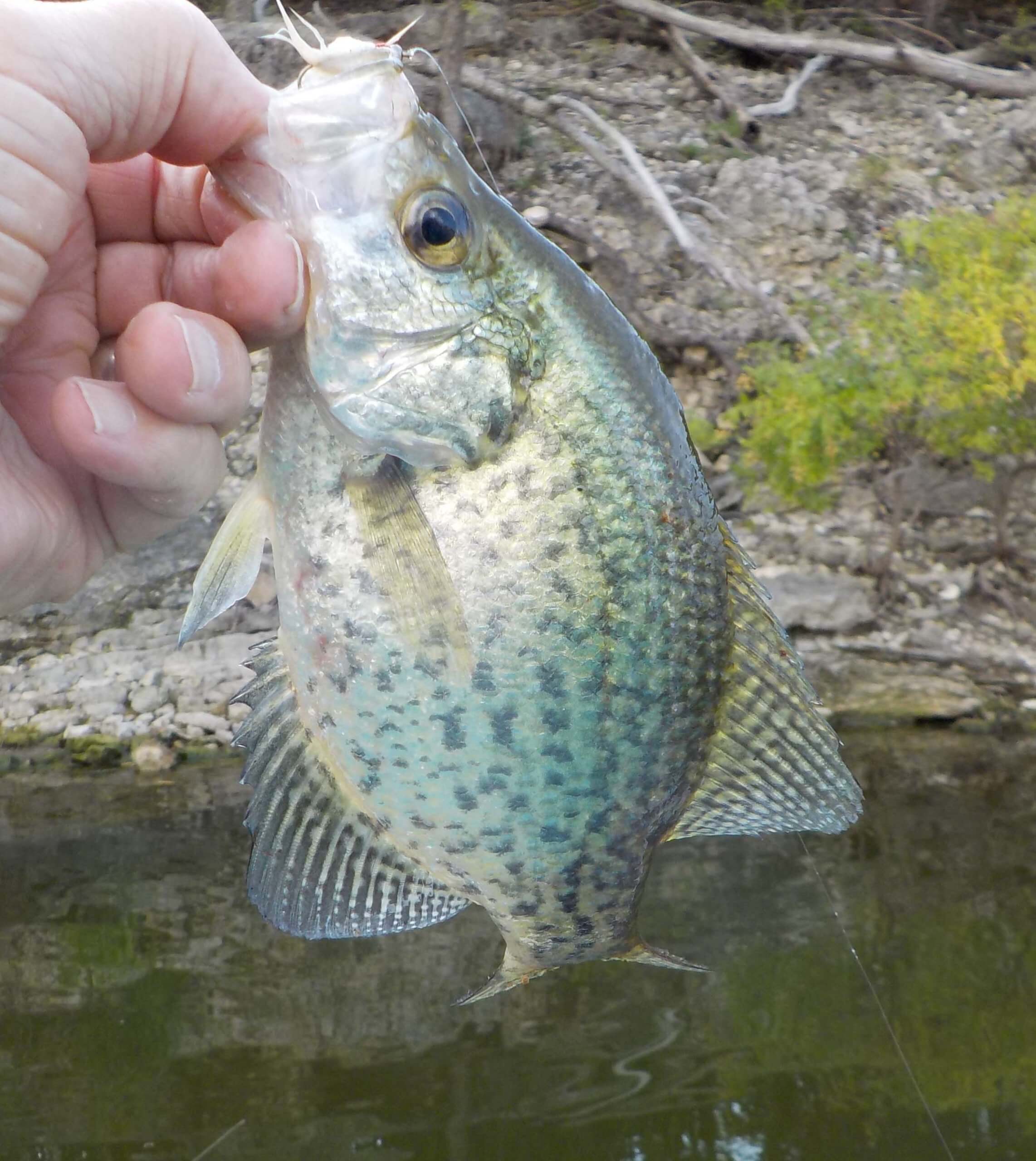 A deadfall just upstream from the entrance of a sizeable spring always holds late season bluegills. Armed with a 5 wt. and size 10 Mini Minnie, the first cast brought a jolting strike from a white bass of 12 inches followed by a dozen more. Re-positioned after a lull, casts were aimed at shallow brushy stickups where action resumed. Bluegills of 7-8 inches repeatedly attacked the minnow imposter. A move downstream was made to below the spring entry where massive dead wood is pinned against an old bridge piling. Here crappies pounded the forgery until it began to look bedraggled from the many assaults. A pink-tinged sunset brought silence and retreat.