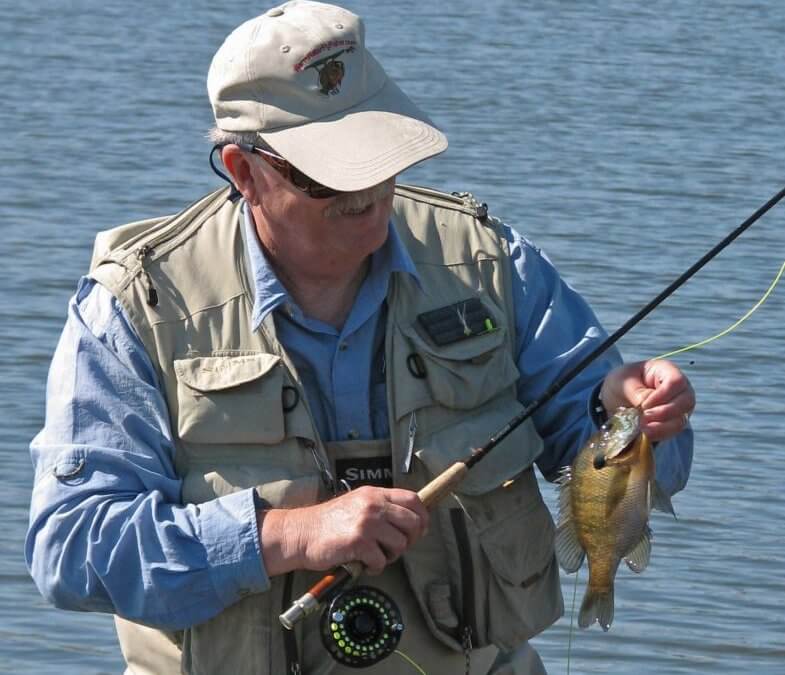 When a fishing friend is nicknamed “Catch” you realize that he’s impressed contemporaries with his fishing prowess. One might assume that he catches a lot of fish. He does. This Louisiana native is equally at home on the salt flats, a pristine trout stream, or a freshwater pond full of bass and bluegills. Once, I told Catch how much I enjoyed fishing light flyrods for big bluegills. He nodded, stating that he has always liked “gobbules.” I was confused, as I frequently am when listening to my Louisiana buddies because they often inject a few French or Cajun phrases into the conversation. Catch explained that his Daddy called bluegills “gobbules” because they “gobbule up da worms.”

It’s been a long, long time since I threaded a piece of worm onto a hook and watched a bobber dance, but my fascination with the species remains unchanged. A three-weight rod and size-12 olive Bully’s Bluegill Spiders accompanied me to a large river pool where a spring branch entered the stream creating an eddy at the edge of an upstream deadfall. A pile-cast allowed the fly to be slowly swept near the deepest branches of the submerged wood. Often the floating line lurched forward necessitating a hook set. The evening was filled with lots of beautiful vibrations and an equal number of smiles. You’ve got to love those “gobbules.”