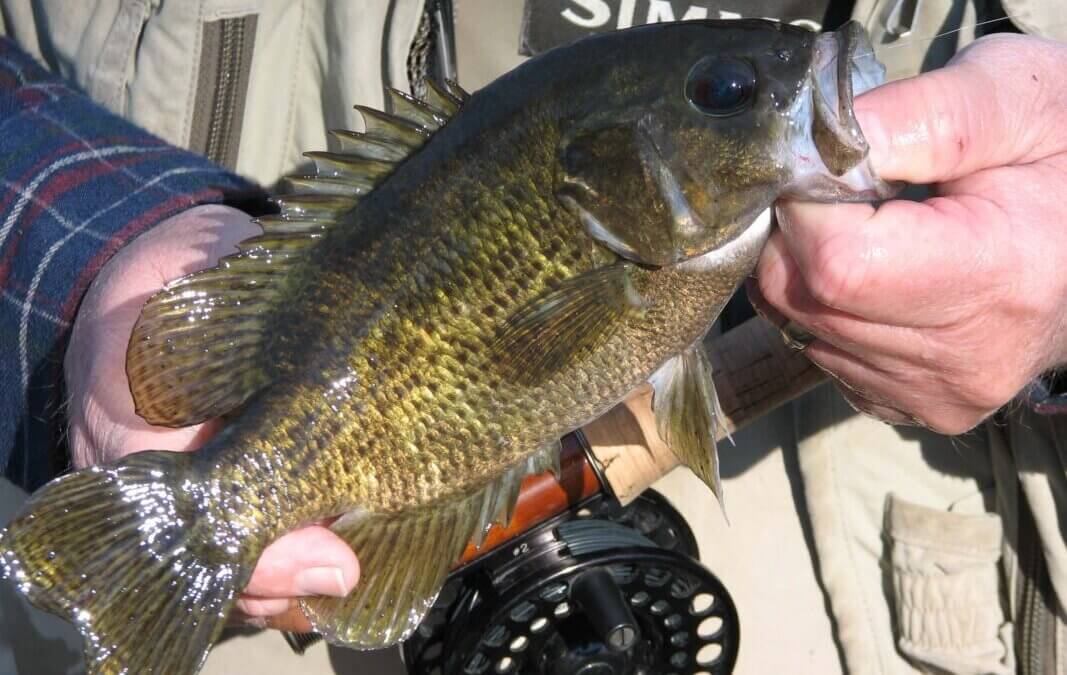 Haven’t Seen These For A While

Three hundred yards upstream from where a spring branch enters the river, it widens into a pool with a large, slow eddy. Recent cold weather convinced me that smallmouth bass had likely migrated from the frigid river into the spring. If that were the case, their metabolisms would be quickened by the 54-degree spring water, prompting them to become active feeders. My 5-wt. rod delivered a slow-sinking intermediate line, a short length of 3X tippet, and a size 8 Ozark Woolly Bugger to the fast water seam. This enabled the fly to settle as it was swept outside the eddy. I repositioned twenty casts and one missed strike later so casts could be delivered to the slowest portion of the swirling pool. A line tug immediately answered a lift, drop, strip retrieve, and a strip-set of the hook revealed a strong fish. It immediately headed into the deepest portion of the pool with the most substantial current. That allowed a short but impressive run curtailed by palming the reel spool, and finally, the fish came to hand. I was surprised to discover that I had landed a Rock Bass. Ten more were captured from the big eddy before the action ceased as suddenly as it had begun. 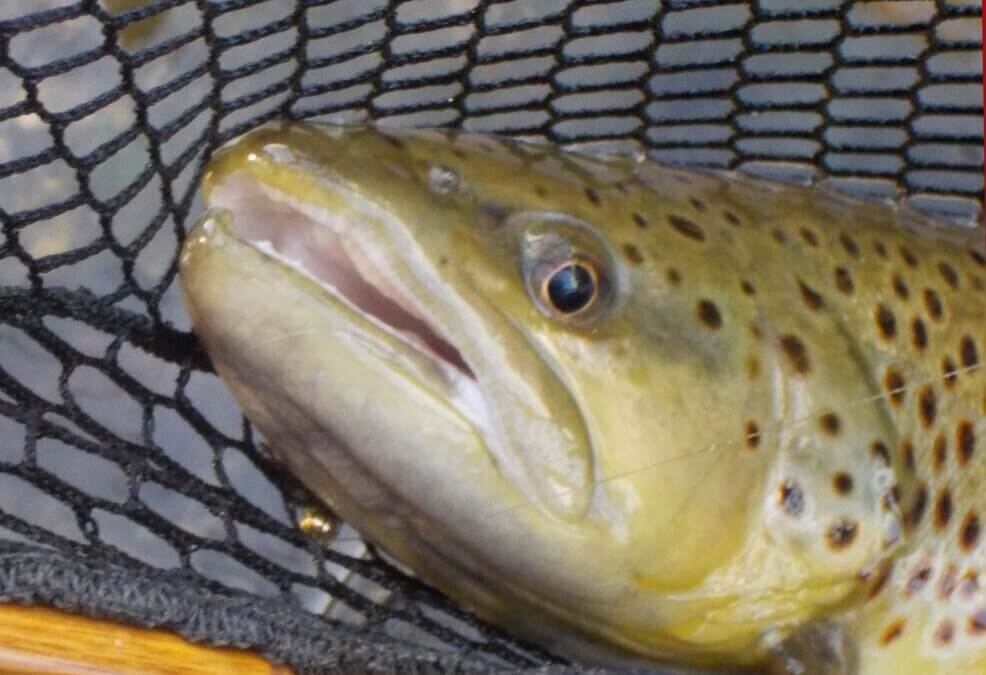 Years ago, I encountered a man fishing a small creek’s entrance into a backwater lake. When I asked how he was doing, he said he had already put five 5-pound Largemouth Bass on his stringer, which he proudly held up, revealing that none of the five fish would have weighed over a pound and a half. Since that day, I’ve referred to fish size by their length in inches. It’s not a perfect system, but it’s easier to acquire the actual length or estimate it more accurately. Despite that, I’ve always contended that the fish, at least partially, are responsible for our overestimating their size. Just last week, I took one of my Grandsons trout fishing (yes. I do that sometimes). Each of us had caught several Rainbow Trout of 9 to 13 inches using size-12 Bivisibles before I drifted my fly past the branches of a submerged deadfall. I mended the line once before the fly disappeared in a foamy roil. The hookset revealed a heavyweight, and my grandson waded downstream to net the monster, which I had already proclaimed was 22 inches long. After a lengthy tug of war the fish was netted and judged to be a solid 20 inches. While we admired the beautiful, rich colors of the big Brown Trout, Eddie reached into his vest and retrieved a tape measure that showed the fish to have shrunk to 18,5 inches. How can fish change size so drastically in just a few minutes? See, it’s the fish’s fault. 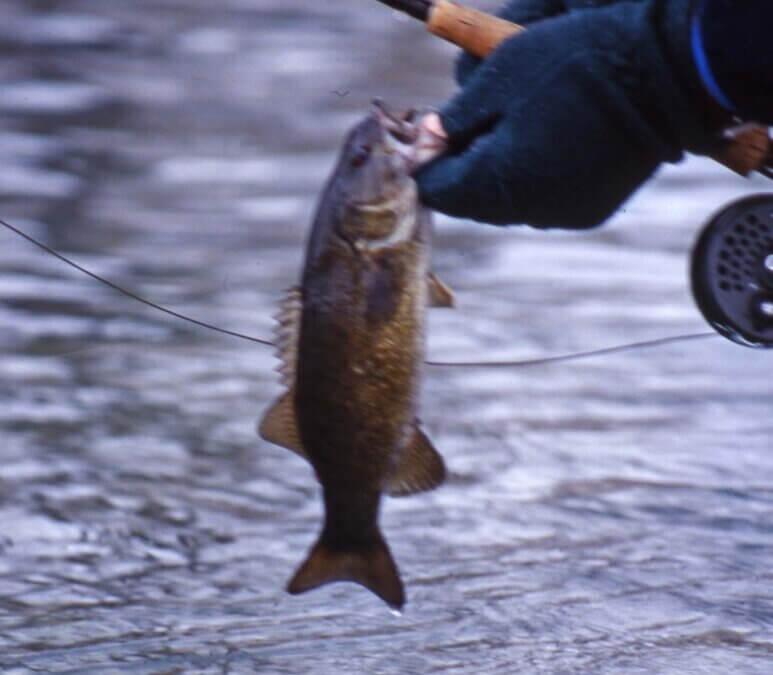 Thick gray clouds were draped over the river valley like wet laundry on a sagging clothesline. I assembled a 7-wt. rod and attached a reel containing 6 i.p.s. full-sinking line. A size-6 Zonker with a silver body, gray rabbit strip wing, and a matching wool head stacked around extra-small yellow barbell eyes was knotted to a 4-foot length of 12-pound-test mono. The deepest pool in this 4-mile stretch of river was a quarter-mile hike downstream, and I theorized that the area held a large number of wintering bass. It was damp, and the penetrating cold demanded that I zip up my goose-down vest and pull on fingerless gloves. Each slack-line cast enabled the fly to flutter to the bottom. The rod tip was pointed at the fly’s entry point, and slack was removed before an abrupt 2-foot lift of the rod tip, which caused the Zonker to rise off the bottom before it was allowed to re-settle. This presentation replicates the actions of a dying minnow. An hour of casting was fishless. Discouraged but determined, I waded fifty yards further downstream and resumed casting. The strike was subtle. I was completely surprised and fortunate that the fish hooked itself. The smallmouth bass fought a spirited battle before being admired and released in a flash of bronze. Thirty more minutes brought two more bass to the net before numb hands forced retirement. 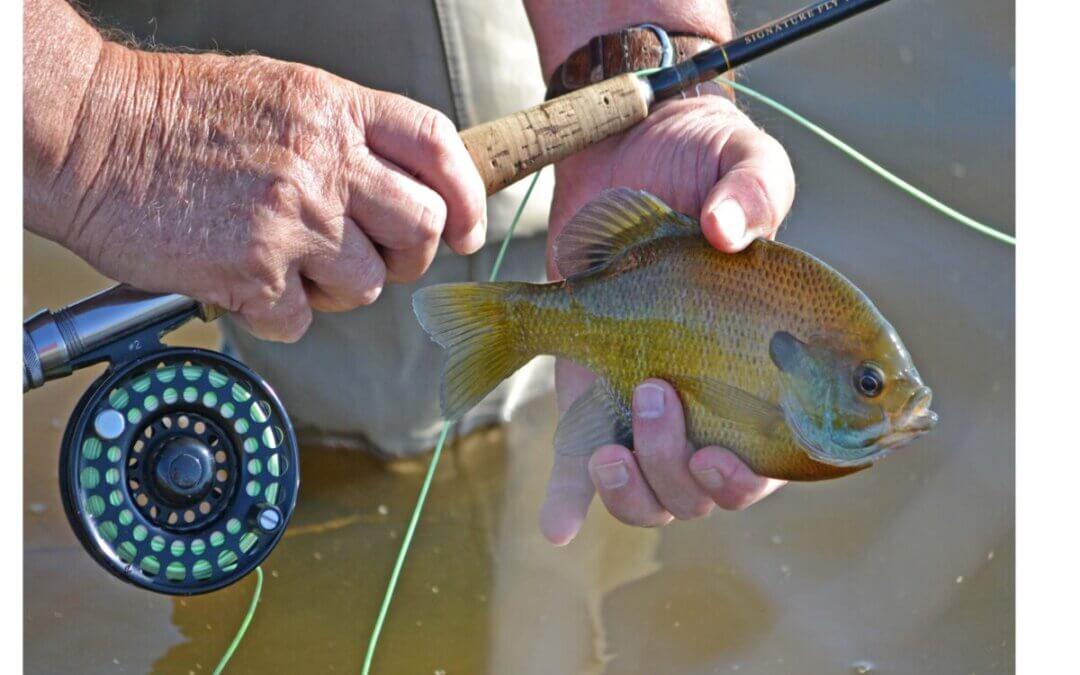 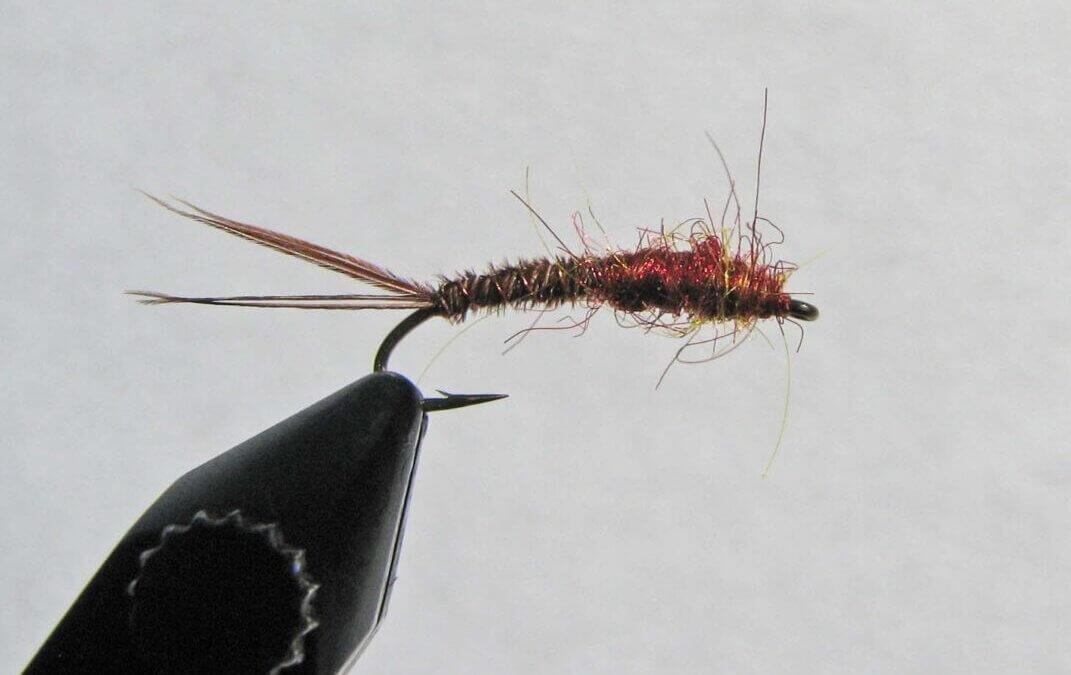 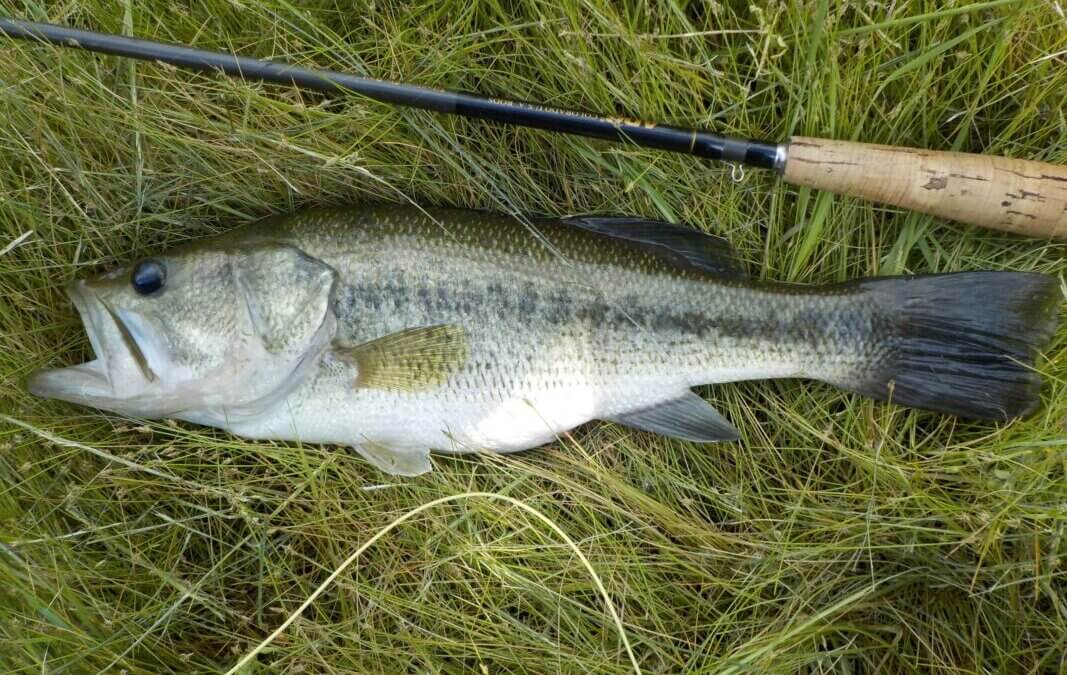 Cool evenings demanded a return to waders and the comfort of a favorite flannel shirt. Both caused smiles while walking downstream on long gravel bars past a pocket water summer hotspot to a deep bluff pool in search of smallmouth bass. A Bald Eagle glided silently above the oak trees that line the bluff. I suspect we were in pursuit of the same quarry. I knotted a size-8 crayfish pattern to the business end of my 5 wt., but a couple of dozen fruitless casts led to a flybox search. A nearby spray of escaping minnows led to the selection of a marabou streamer. The third retrieve triggered a vicious strike that quickly became a deep-water stalemate accompanied by long seconds of accelerating anxiety that the fish had reached an entanglement. I plucked the taut line like a banjo string, hoping to annoy the fish into moving. The ploy was surprisingly successful and led to a head-shaking leap. Finally in hand, I was surprised to discover that it was a Largemouth Bass. Others of lesser size were caught, but my original target species was not among them.