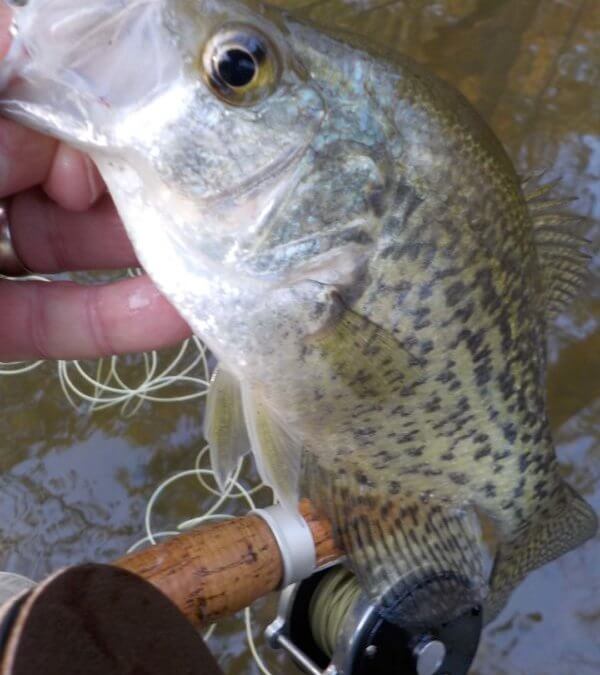 Cool evenings and low river levels have concentrated fish into smaller areas. Armed with a 4-wt. and intermediate line that sinks at 2 i.p.s. (inches per second) I waded downstream to a deep hole with a series of deadfalls. I was hopeful that fish had moved from the large reservoir 2 miles away into the river to feed before retiring to the lake for the winter. My initial casts to the edges of submerged branches brought two small bluegills to hand that I suspected of being river residents. Finally, I cast my size-8 Crappie Bully toward the extended trunk of a tree with large branches that were visible near the surface. The fly was counted into the depths and at the count of seven, the line lurched forward indicating it had been inhaled.  I was surprised by both the strike and that my fly had survived the heavy brush. I set the hook much too late and missed the fish. The next cast made just a couple of steps downstream brought another hit, and this time the 9-inch crappie was netted and released.  Two hours of constant action accounted for more than two dozen fish my Louisiana friends call Sac-au-lait (Sack-a-lay).