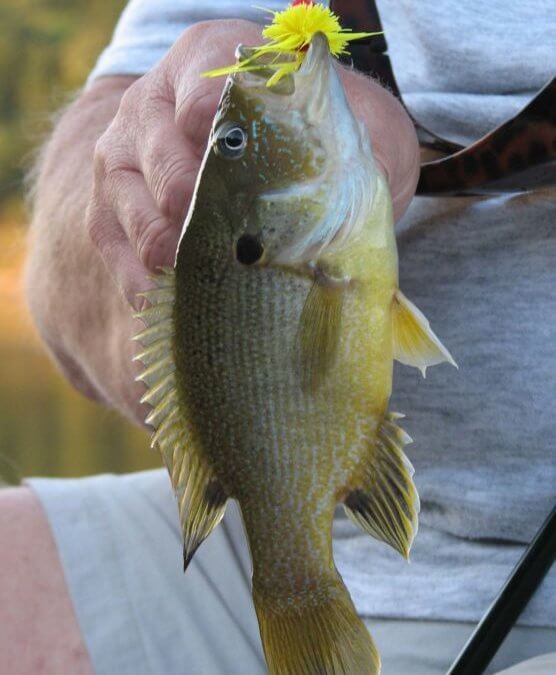 On an evening trip to a nearby reservoir, I was intent on hooking up with largemouth bass but the trip didn’t work out as planned. The bass population had a collective case of lockjaw, but green sunfish smashed my deer hair floater/diver aggressively. The green sunfish referred to by at least one angler we know as “the mean green fighting machine” has a muscular shape like a football. Their mouths, however, are much larger and enable them to go for an expansive menu. They rose to my size-2 Hula Divers regularly and fought well, but generally, they lack the staying power of bluegills. Casts to shoreline stickups were allowed to rest until the ripples faded before a strong line-hand strip pulled the fly under the surface several inches. A release of tension allowed the fly to resurface while the rubber legs continued to move seductively. That brought splashy strikes. When the bass thumb their noses at you aggressive green sunfish can be a trip saver.