Fall Is Crappie Time, Too 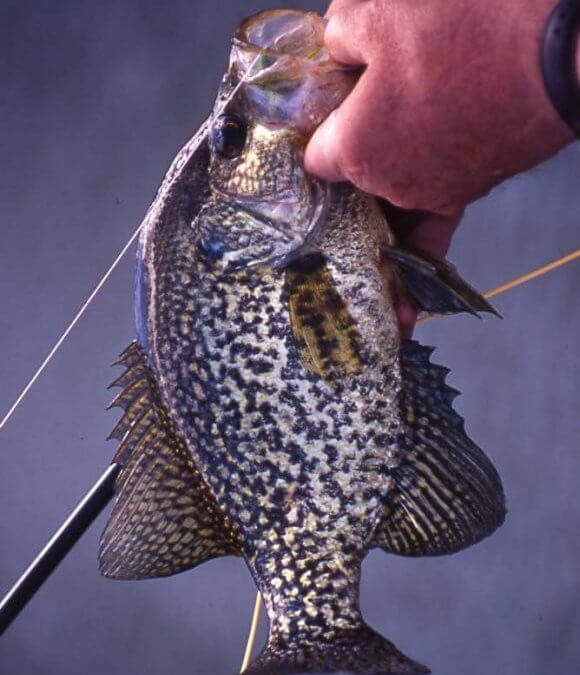 Recent cool over-nights may have induced crappies, or sac-a-lait in the Cajun vernacular, to migrate from the reservoirs into the rivers to feed before winter. To find out, I waded downstream to a long pool with multiple deadfalls armed with a 5wt rod, intermediate line, 4X tippet, and a size-8 Crappie Bully. A high bluff above the western side of the stream shaded the structure. I counted the fly to a depth of 4-feet, and when action was imparted, I felt a firm bump and set the hook by lifting the rod tip. The fly was solidly hooked into a large branch. Rather than disturb the entire deadfall, I broke off and re-tied both the tippet and fly. The decision to break off was proven correct as the next hookup resulted in a twisting fight and a netted crappie. Seven more “specs” were landed before a lull in the action prompted a move. At the next casting position, the trunk of a large tree hovered over water that appeared deep. An errant first cast landed atop the tree trunk. When pulled free, the fly dropped vertically for three counts before the line lurched forward, revealing the take of another crappie. The ensuing thrashing battle was highlighted by the sighting of 3 additional crappies in pursuit of the morsel stuck in the mouth of the hooked fish. I believe those 3 fish and others were caught on subsequent casts before the sun disappeared behind the bluff.