Fish-Catching When It’s Bright And Breezy 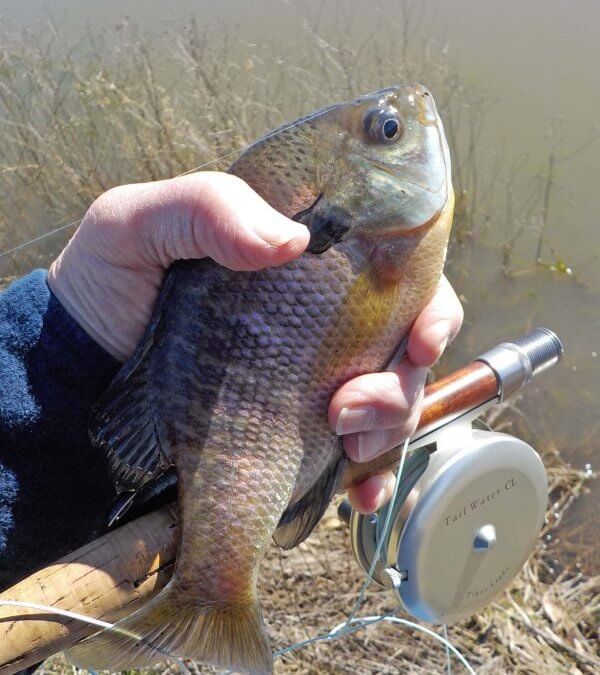 For the second consecutive day, the air temperature rose into the 70s, which prompted a trip to a small pond with the hope of encountering active bluegills. A persistent breeze convinced me to leave my favorite 3-weight rod encased in favor of a 9-foot 6 wt. A yellow size-10 Bully Spider was knotted to a 9-foot leader and cast into deep water adjacent to the shallow flats. The line lurched forward at the countdown of 5 on the first cast. The resulting hookset brought familiar vibrations and a bouncing rod tip which quickly became a smile. Irrespective of future weather changes, winter was in my rearview mirror. The fish were widely scattered and cruising but located in the water’s upper 2 to 3 feet. This allowed their metabolism to increase, which stimulated their appetites. This is the one circumstance that causes warmwater fish to tolerate the sun’s glare. They sacrifice their comfort for warmth and resulting sustenance. The action slowed appreciably after that fast start, but eventually, a couple of dozen bluegills came to hand. Several were broad-shouldered 8-inchers, but all year-classes were represented in the catch, indicating a healthy population.