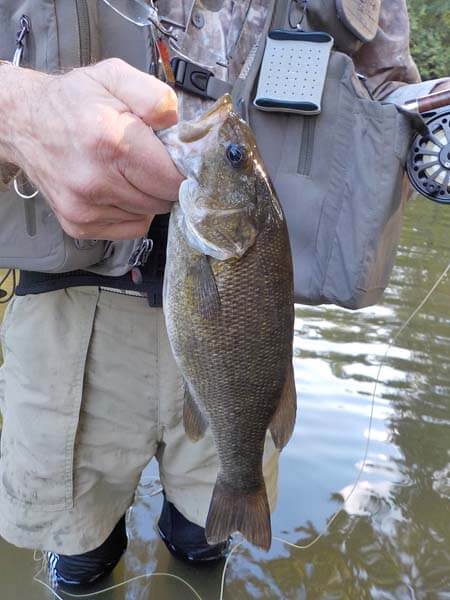 A friend and I fished in opposite directions from the bridge entry on a local stream. During his absence, I hooked a 13-inch largemouth bass. As it was brought toward the rod I saw two larger bass following the hooked fish and focused on the fly stuck in its jaw. Moments later I hooked a large green sunfish and, once again, two good-sized bass (both smallmouths this time) escorted the hooked fish to within a rod’s length of me. When my friend returned I recounted the two encounters and suggested he try a large streamer. In the next 30 minutes, he landed and released one of the largemouths and both smallies. It was a lasting memory for both of us.