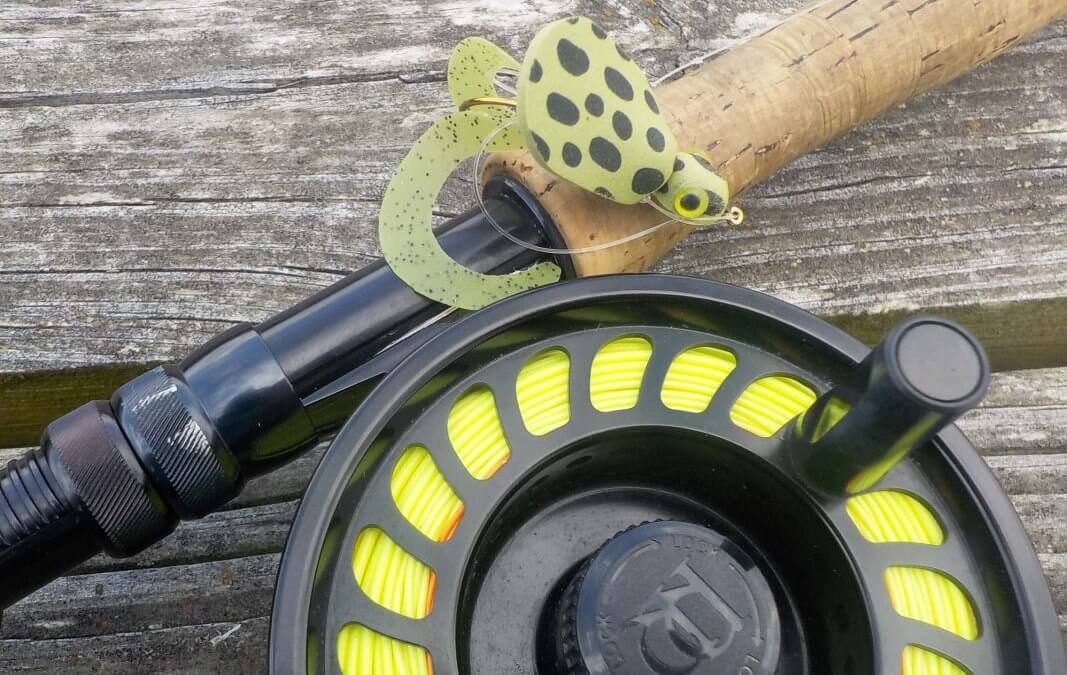 Another round of frog-choking rains postponed my quest to wade my beloved smallmouth streams. I packed my float tube and both  8wt and  4wt  outfits to fish a favorite pond to console myself. My despair was short-lived. To the business end of the 8wt  floating line and 3x  tippet, I loop-knotted a size-2 Diving Frog and cast to shaded pockets under overhanging tree branches. After delivery, the slack line was  removed, followed by a firm strip which caused the fly to dive a  few inches under the surface as the legs kicked wildly. When the line’s tension was released, the foam frog popped back to the surface, where it was often intercepted by a heart-stopping explosion. Difficulty in seeing the natural-colored frog imitation in the heavily shaded areas forced a switch to a yellow frog with red eyes. The fish continued to smash the fly with abandon, and my fly control improved.  Twelve largemouths had been subdued and released in an hour of constant action that left the shaded structure exhausted. Two were 10 inchers, but the rest were all in the 12- to 16-inch range. I returned to the launch site and exchanged the 8wt for the 4wt loaded with floating line and a size-10 yellow Bully’s Sponge Spider. The action continued for another hour and a half as 2 dozen bluegills were captured after circular, twisting battles. Fittingly, a bullfrog chorus serenaded my departure.