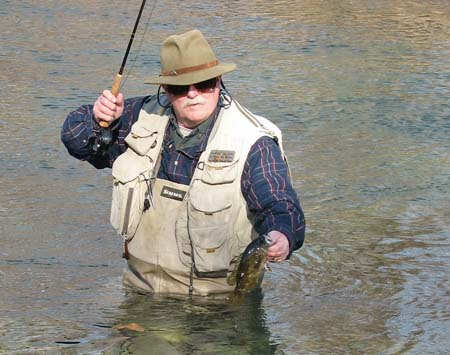 The rapid onset of winter weather has slowed the warmwater fishes’ metabolisms. In the hope of locating river fish that have entered spring branches to feed, I waded into a familiar spring pool with a constant 54-degree water temperature and began casting down and across the current with size-12 nymphs. Twenty minutes without a hit led me to a large slow eddy and a fly change to a size-10 white/silver Mini Minnie. The first strip of line was halted by a firm tug which led to the landing of a chunky Rock Bass, locally known as Goggle Eye. Eight more came to hand before the action ceased. Further upstream on the spring branch I went fishless as the warmwater immigrants had not yet moved that far.