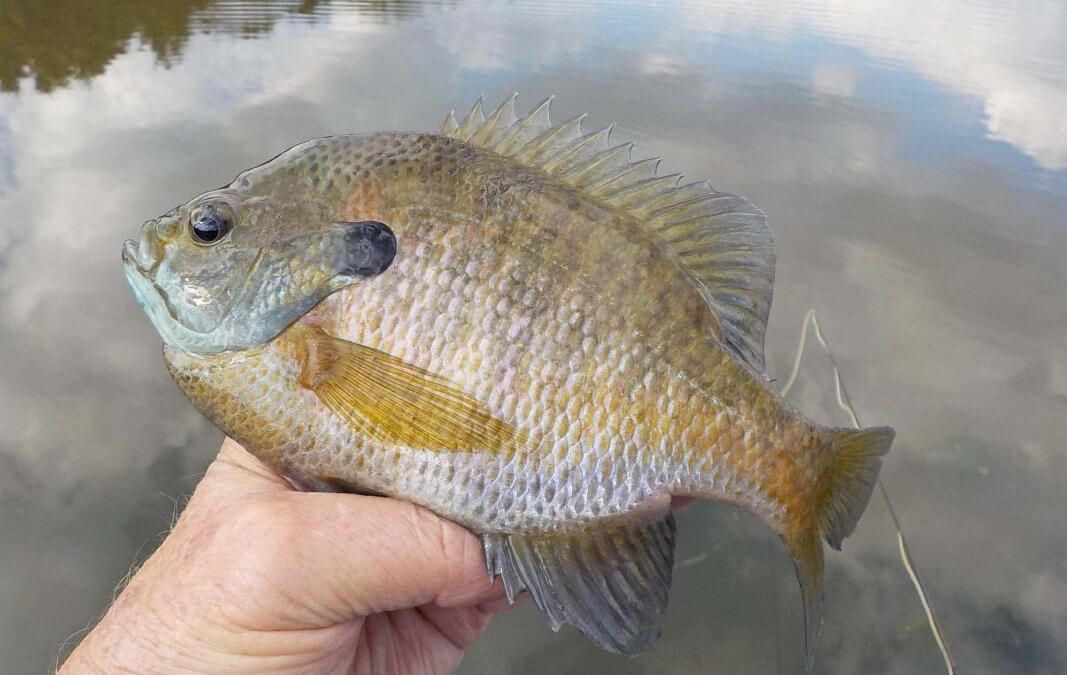 “Unseasonably warm” doesn’t seem adequate to describe our recent weather. Christmas day visitors were clad in shorts and T-shirts instead of heavy winter coats and boots. I couldn’t help but wonder how the fish locations in my favorite pond were affected. With our festive celebrations in the rearview mirror, I intended to find out. The shortened period of daily sunlight certainly suggested that they remained in their winter attitude, but, as the surface warmed, I speculated that they might migrate into the shallows searching for food. A 6-weight rod and floating line accompanied my cautious bank-stalking approach as I cast a chartreuse size 12 Bluegill Bugger ahead of my position without success. Progressively, I cast into increasingly deeper water until eventually, a telltale line lurch resulted in a hookup. The bluegill bored for the bottom but was thwarted before a circular fight near the surface ended in my net. The 7 incher had taken the fly about 2 feet deep beneath the surface over an 8-foot bottom, as did all 14 subsequent catches. All were bluegills except for one largemouth bass of 9 inches. Satisfying my curiosity, I switched reel spools to access a fast-sinking line to probe the pond’s deepest water along the dam. I wondered if bigger bass might be there, but 30 minutes of casting were ignored, including a couple of fly changes.