Hot Evening With a Surprise Spot 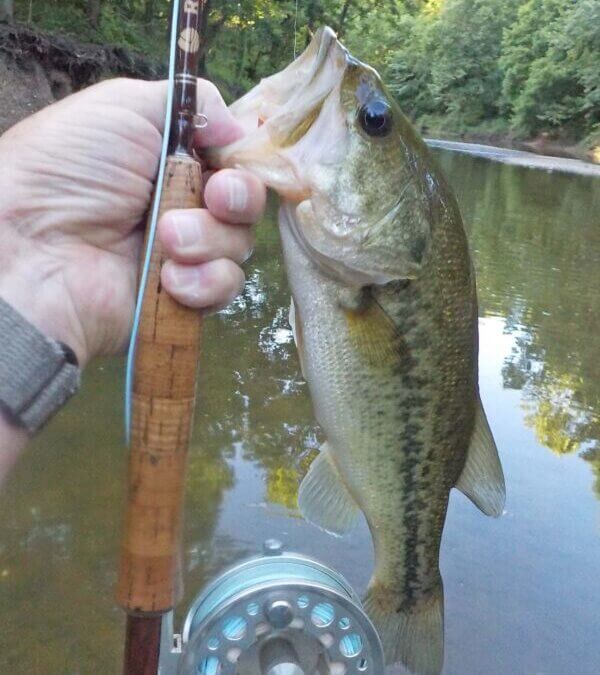 Excessive heat and a prolonged drought dramatically changed my favorite smallmouth stream. The water was low and clear with a sluggish flow. While there were fewer places for the fish to hide, I was concerned that the elevated water temperature would cause the fish to acquire lockjaw. I chose a  4X tippet and a 1½-inch crayfish pattern designed to replicate a young molting natural for the job. A careful wet wade into casting position enabled me to place the fly on a gravel bar just beyond a shaded pool chock full of bowling ball-sized rocks at a depth of 3 to 4 feet. A gentle tug caused the fly to enter the water and settle on the bottom. The first “lift, drop, strip” retrieve was interrupted by a line lurch as the fly dropped back to the bottom and was answered with a strip-set. The ensuing tug-of-war was waged in the depths until the fish ran downstream before coming to hand. I was surprised that the 12-inch fish was not a smallmouth. Instead, it was a Spotted Bass. Although Spots are common in this river, I had never caught one in this section. The reduced water level had apparently caused fish to share the remaining pools. More evidence that this was the case was revealed by the evening’s catch which consisted of Green Sunfish, large Bluegills, Smallmouth Bass, and a Crappie, in addition to the Spot.