Marabou On the Drop 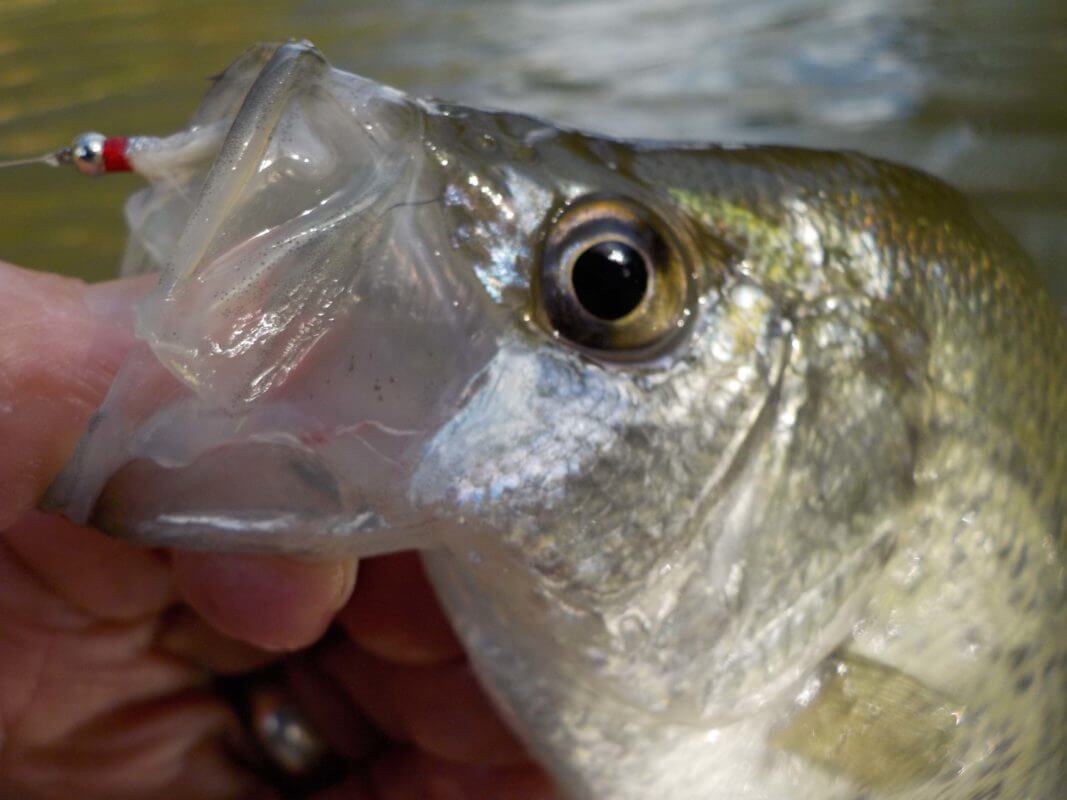 Clear, wadable water enticed me to a long river pool with several deadfalls that I expected to harbor bass. I was wrong. The submerged branches were full of crappies that had migrated upstream from the reservoir that the stream feeds. Mini Minnies in white/silver counted to a depth of 3 feet before imparting short, slow strips brought aggressive strikes. If the vertical drop was intercepted before reaching 3 feet the fish tended to be a bit small, but when the fly was able to fall just a few counts deeper the crappies were in the 10- to 12-inch range. I released them all but I lost count about an hour before my last cast. Just lovin’ spring!