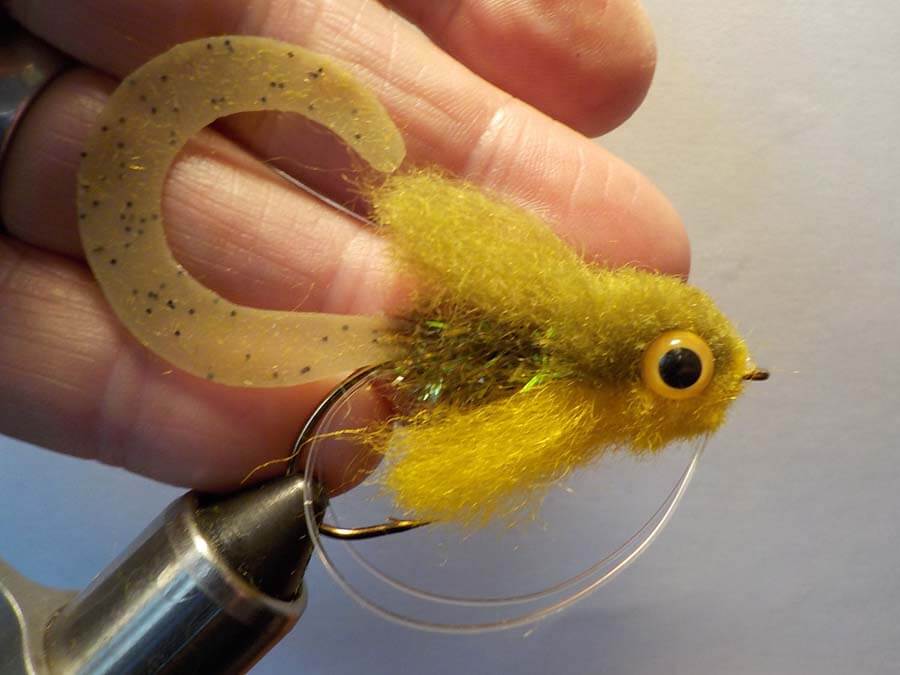 While continuing to fish through the winter season, I’ve spent increased time at the tying bench. Aside from replenishing lost or damaged flies I’ve been refining a new bass fly that we want to put into production later this year. The fly is the result of the many times we’ve hooked and fought bluegill only to have them viscously attacked by a big largemouth or smallmouth bass. Convinced the vibrations of the struggling bluegills triggered the bass strikes I’ve spent two seasons refining and testing a weedless fly that replicates the looks of the bluegill (we also created a shad version) as well as the sound that is picked by the bass’s lateral line. It has proven itself trip after trip.