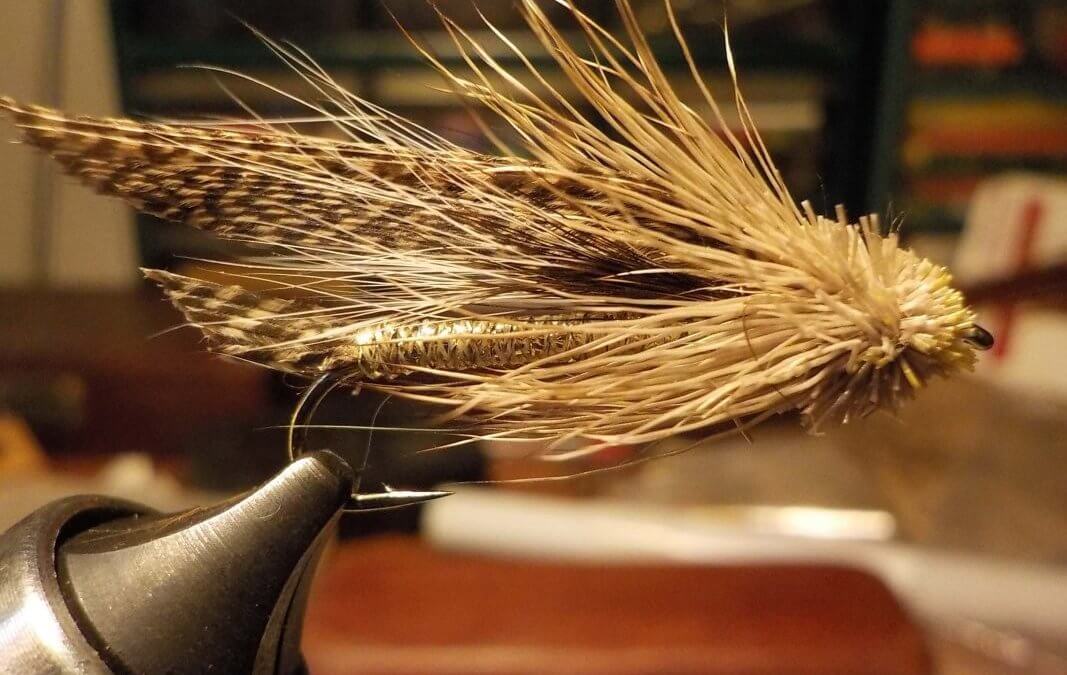 From the comfort of a bankside log, I listened to the deafening buzz of crickets and katydids while searching my flybox for the magic offering that might resurrect a fruitless search for smallmouth bass. I knotted a size-8 weighted Muddler Minnow with 3X tippet and repeatedly cast across pocket water without success.  Absent-mindedly, I roll cast below my position into a rock-infested slow eddy. Immediately the line lurched forward, and I instinctively raised the rod tip into a hookset.  A strong dive was stalled by palming the reel spool, and the thrashing fight ended with a lipped bass. No, it wasn’t a smallmouth bass. It was a Rock Bass, better known locally as “Goggle-eye.” They are dark bronze beauties shaped more like sunfish than black bass with muscular bodies and a nasty attitude. Careful casts to the edges of the eddy then eventually to its center brought 5 more to hand. I made a downstream wade to a pool tailout that features eddys to either side of the current. Several casts to the first produced only one bump but no hookups. The second eddy is enhanced by a deadfall that created a secondary flow reversal on its downstream side. Multiple casts into the upper eddy added only 3 Green Sunfish. Equal care was given to presentations into the deadfall eddy, and this time fast action resulted. Five more Rock Bass and 2 Green Sunfish were plucked from the water before dark.