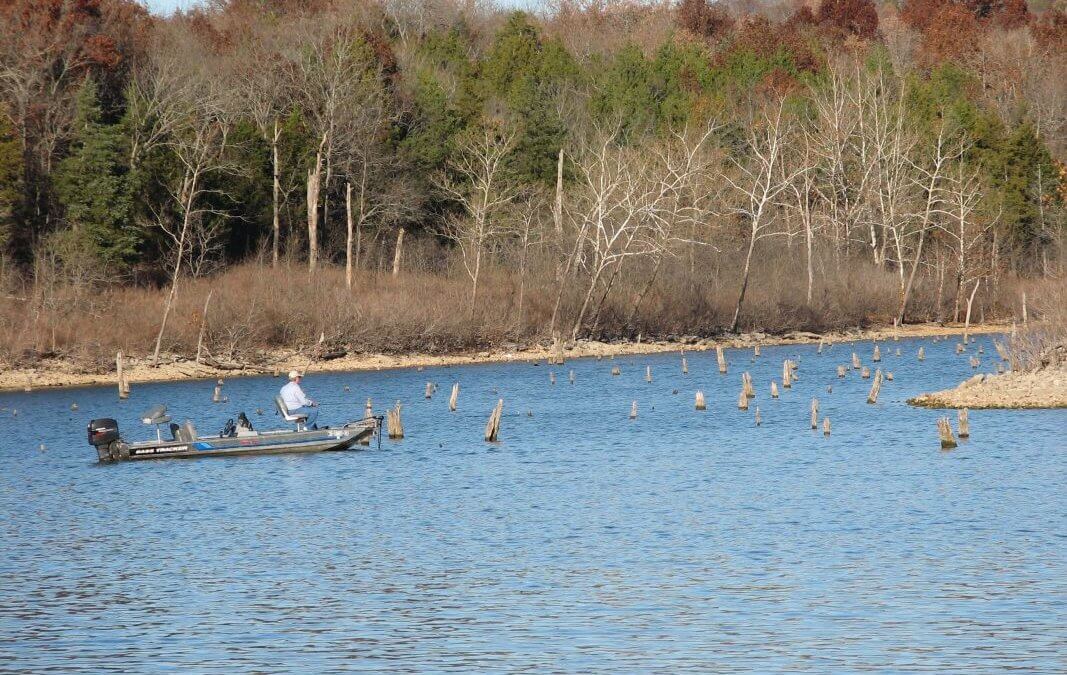 Warm days coupled with lengthening periods of sunlight convinced me that the crappie population would be staging at fishable depths at my favorite reservoir. Based on past experiences, I knew the fish would be located 8 to 15 feet deep and awaiting warmer water to lure them onto the shallow flats. I cut the outboard motor well out from a long stump-covered main-lake point, and the trolling motor was employed to approach within casting distance. A 7-wt. outfit armed with a fast-sinking line, 4 feet of 4X tippet material. and a size-6 Crappie Bully was chosen in the hope that the flash of the body and wiggling legs would seduce some hungry specs. The locator found a few scattered fish at 12 feet, but efforts to entice them to strike failed.

Further exploration of the extended point was fruitless, which prompted a move to a smaller brush-covered point. The locator indicated fish presence, and the 3rd cast was inhaled. I netted a broad-shouldered 10-incher after allowing it to fight among its buddies, which I hoped would excite the entire school into becoming more active. The ploy worked, and I boated another dozen speckled fish. The action ceased when I allowed the fly to sink too far into the brush and set the hook on a woody branch. Efforts to locate another active group of crappie resulted in but two more hookups.

It won’t be long now. A few weeks of increasingly shallow fishing for the species my Louisiana friends call Sac-au-Lait is on the horizon.