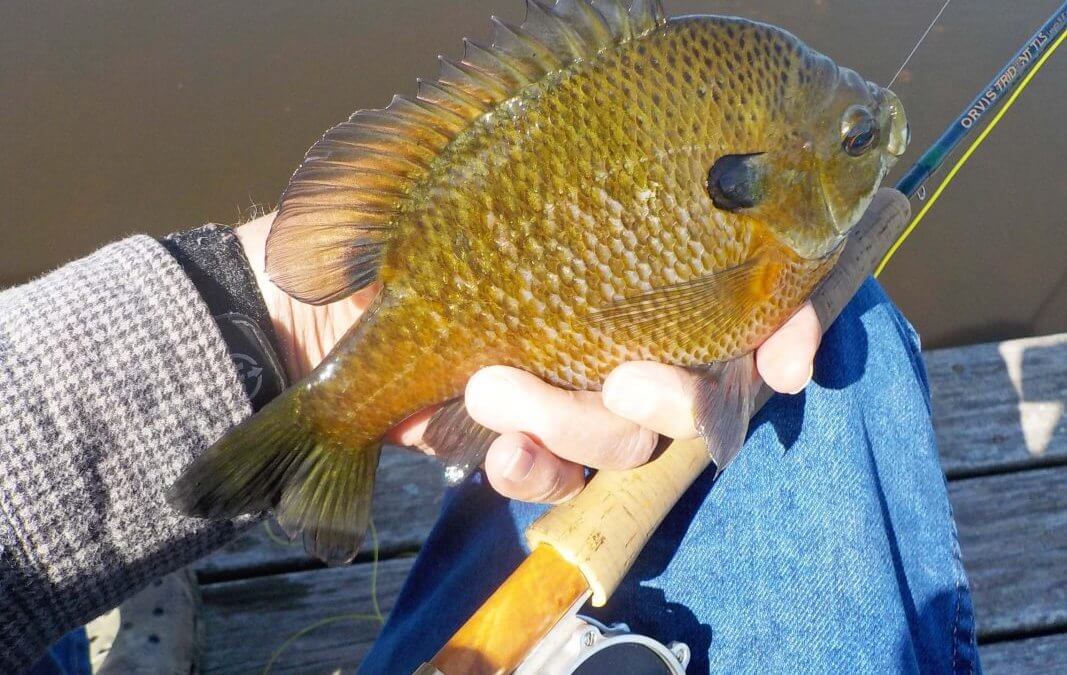 Many describe their fascination with fishing by stating that “the tug is the drug.” Likely, most anglers agree, but shouldn’t we then ask what provides the best tug? A heavy percentage of those I’ve asked believe it is the size of the hooked fish. In other words, they think that the larger the fish, the better the fight. I beg to differ. The fight of a 10-lb. bass wouldn’t be special if a rod used to catch a 300lb Yellow Fin Tuna were used in its capture. That leads me to conclude that the rod’s size produces those “beautiful vibrations.” A recent trip to a favorite pond with an 8-ft. 2 wt. rod and a size-12 soft hackle fly box provided all the confirmation I needed. After experimenting with ever-deepening vertical drop countdowns, I had fish contact at my count of 7 in the shade of an overhanging willow branch. The first caught bluegill was only 6 inches long, but its gyrations activated others in the area. Six of the next 12 captured specimens were broad-shouldered 8-inchers that fought lengthy rod tip-bouncing battles. Each of those fights left the question of whether that fish could be landed in doubt. The tug doesn’t get any better than that. I’m sure not opposed to catching big fish. I like it as much as anyone else, but matching the rod to our target species maximizes our enjoyment of every fishing trip, and isn’t that the point?