On Finding Schools With Benefits 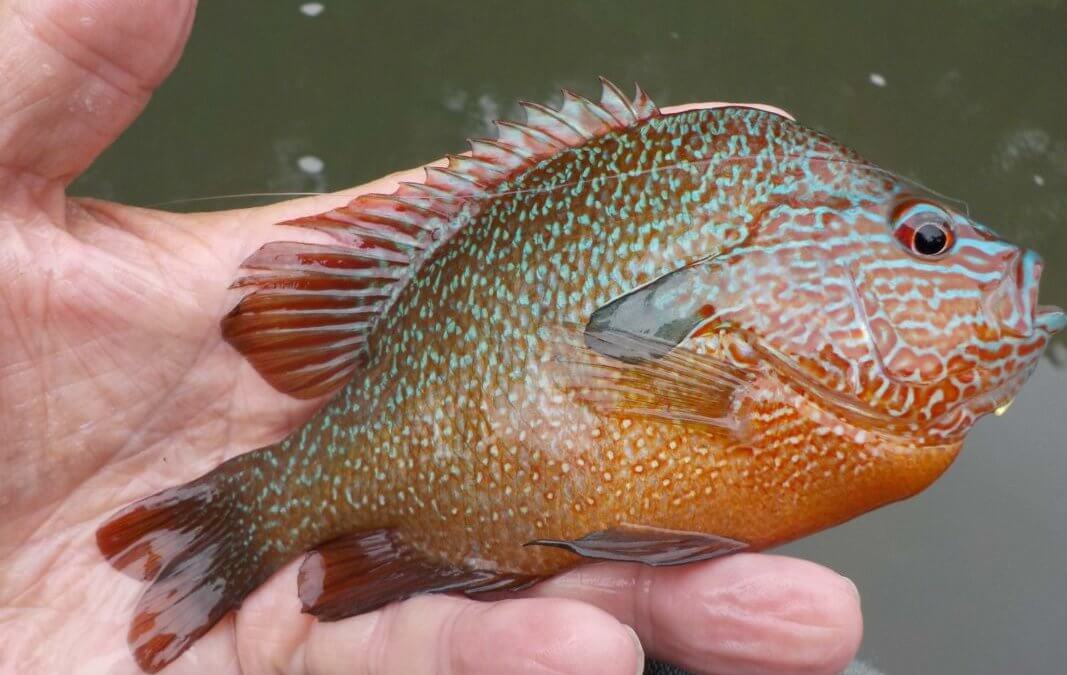 After several unseasonably warm days, I waded a favorite stretch of river armed with a 3-weight rod. A size-12 oft hackle was knotted to a 5X tippet and cast into clear water that exposed the rocky substrate. As the fly settled, I gathered the line preparing to impart action, but I was met with resistance that signaled the fly had been inhaled. The ensuing fight caused the light rod to throb and I elicited an audible laugh. A turquoise-flecked orange Longear Sunfish was admired and released. Another dozen of those beautiful battlers were subdued before a downstream wade of a few steps encountered a pod of equally hungry Green Sunfish. Again, a dozen were brought to hand before another move intercepted more longears. Seven turkeys momentarily startled me as they noisily flew overhead and across the stream into the large oaks on the river’s western ridge. The next cast resulted in a hookup with a small longear that was attacked by a sizeable Smallmouth Bass, but as I reached out to land the sunny my movement caused the smallie to drop its prey. Quickly I knotted a streamer to my tippet and probed the area carefully without success. As the sun slipped behind the tree line the air temperature plummeted, and reluctantly I waded ashore.