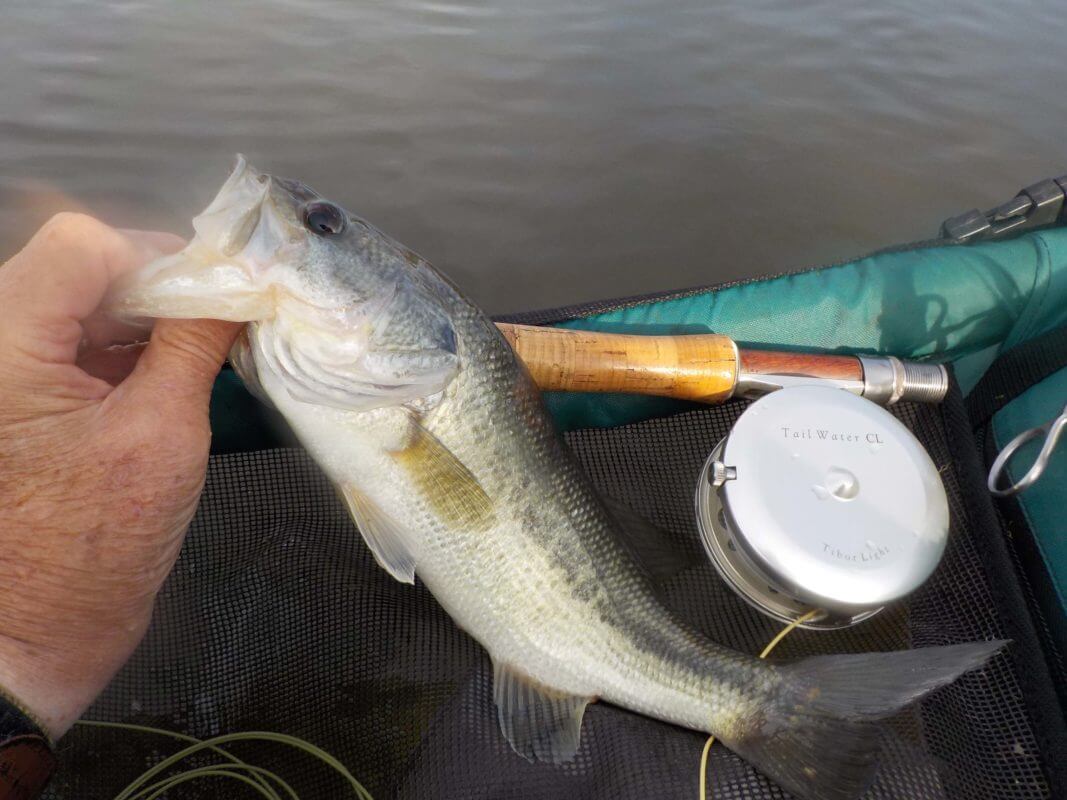 This spring has been anything but normal. Constant rains have eliminated river forays for smallmouth and white bass. Even ponds can’t be approached in a vehicle. Finally, I loaded my float tube and gear for a drive to a public waterfowl area that has many ponds in addition to large backwater lakes. My favorite pond has stumps and deadfalls that hosts a sizeable population of largemouth bass. Despite the possibility of catching bass on the surface, I chose a 7-wt. outfit with a slow-sinking intermediate line and cast size-4 weedless streamers into the wood tangles. By allowing the fly to settle to the bottom near the submerged branches I was able to impart action by removing slack line and lifting the rod tip about 6 inches, then lowering the rod tip and stripping to remove slack. This “lift, drop, strip” retrieve causes the streamer to mimic a wounded baitfish. My first hookup was a large bass that bulldogged its way into heavy cover, tied knots around a substantial limb that would make a boy scout proud, and broke off. After an extended pout, I rigged up again and fished along the edges of the other woodpiles. Ten bass were eventually brought to hand but nothing that compared to the first big bucketmouth.