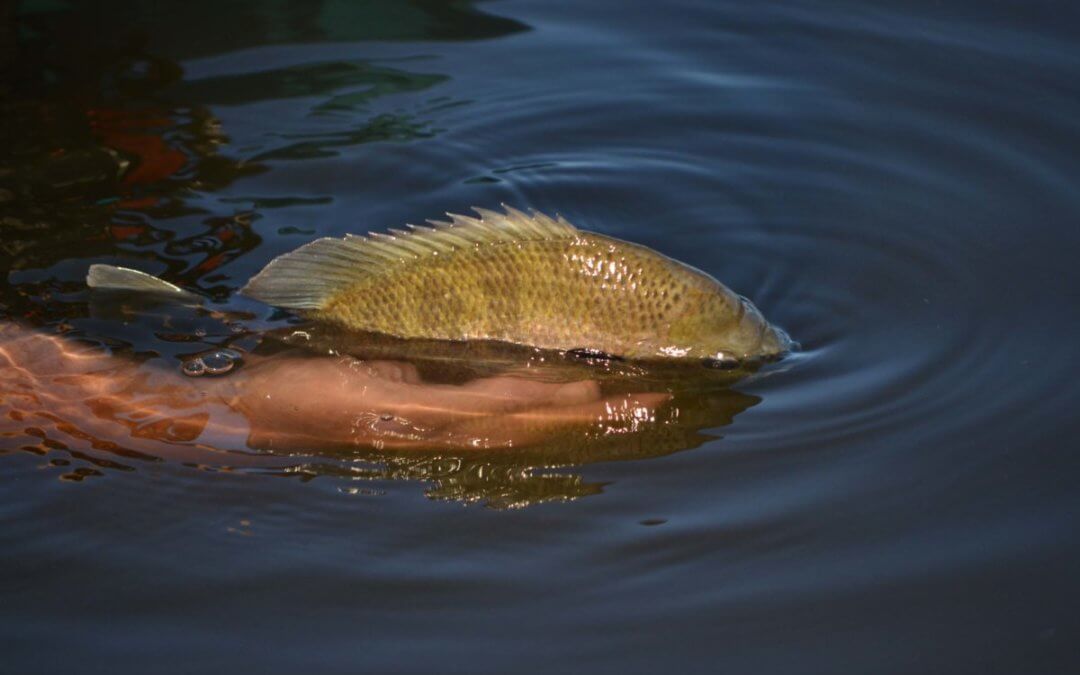 With a 5-wt. rod, an intermediate line that sinks at 1-1/2 i.p.s., and size-10 Mini Minnies I was armed and dangerous for my trip to a large pond. The slow-sinking line stayed under the choppy water that resulted from the day’s persistent wind. The Mini Minnies provided a meaty snack for the male bluegill population that staged along the deep flats. The first cast resulted in a gratifying bend in my rod as an 8-incher fought its circular battle before being brought to hand Two dozen thick bluegills were landed and released in forty minutes before a rumble of thunder sent me to shore. Lightning and wind-driven rain enhanced my retreat from the pasture pond that provoked me to lament what might have been.