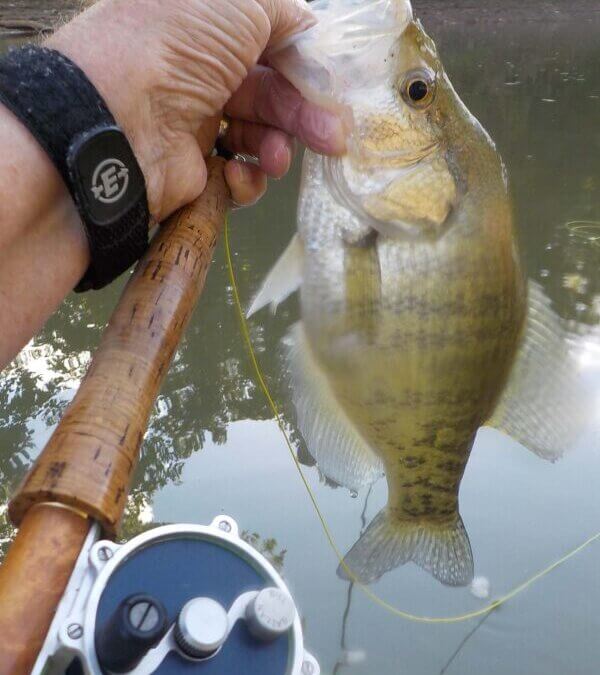 Cooler weather has prompted crappies to migrate from area reservoirs into the streams that feeder them. The purpose of their move is to feed heavily before returning to the lakes for the cold water season. Approaching a shaded pool with two deadfalls draped into its deepest waters, I waded into casting position with a 4 wt. rod, a reel spooled with floating line, and a 9 ft. leader. A size-8 white/silver Mini Minnie was counted down to a d3epth of 3 feet and slowly retrieved over the tops of the submerged branches. The third countdown was intercepted by a line lurch that was answered with a strip set that resulted in a deep rod bend and thrashing fight. After head-shaking at mid-depth, the strong fish made a run toward the deep branches of the deadfall. Both tactics failed to secure its freedom. Finally in hand, the beautifully speckled fish was laid along the rod’s handle to be measured at a robust 12 inches. Six more, a bit less in size, were captured before the action suddenly ceased, and I walked along the gravel bar downstream to a similar pool. Again, action came quickly. This grouping of crappies lacked the size of the first, but their shutdown was equally abrupt.