The Ol’ “Plop” and Hang On Technique 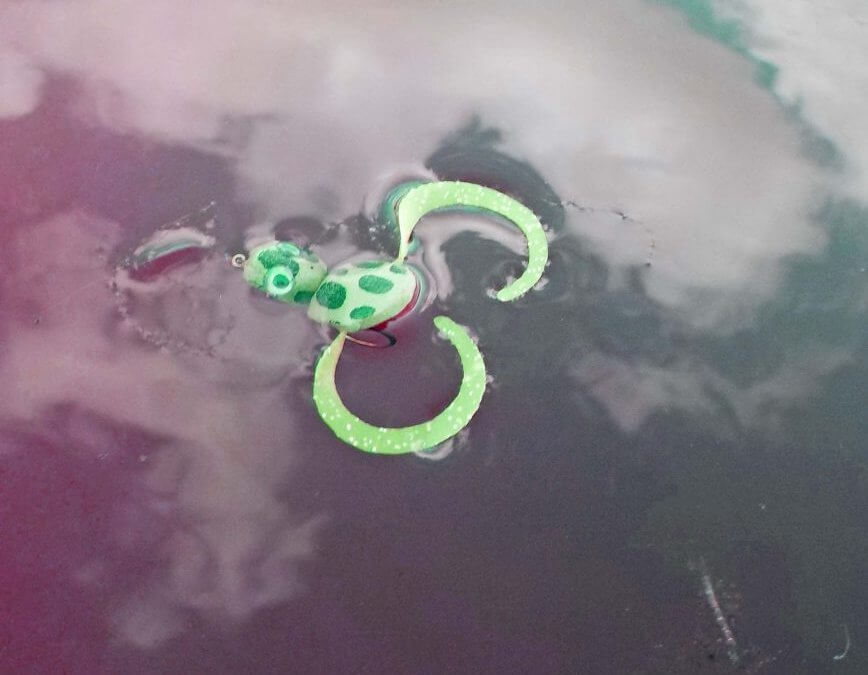 A pattern of near-constant rains has sidelined numerous fishing trips and removed the option of streams from the equation. Finally, a warm, windless afternoon sent me to a favorite pond in search of surface-feeding largemouth bass. I launched a float tube accompanied by a 9-foot 8wt rod, weight forward bass taper line, a 9-foot tapered leader, and a 16-pound tippet knotted to a weedless size-2 Bully’s Diving Frog. The first cast was left perched atop a tuft of grass at the pond’s edge and was easily tugged into the water in the shade of an over-hanging willow branch. The first short strip of line caused the fly to plunge a few inches below the surface as its legs gyrated wildly. Released tension enabled it to re-surface. At that instant, a huge swirl caused the fly to lurch in the wake like a drunken surfer. When the water re-settled, I pulled the diver under again. This time, as it came back to the surface, it was met by a violent white water explosion. A firm hook set resulted in a deeply bent rod in advance of tense moments as the bass leaped, then wallowed before the battle ended in a deep tug of war. The scene was repeated until darkness demanded that I head for home.