The Student Outfishes the Teacher 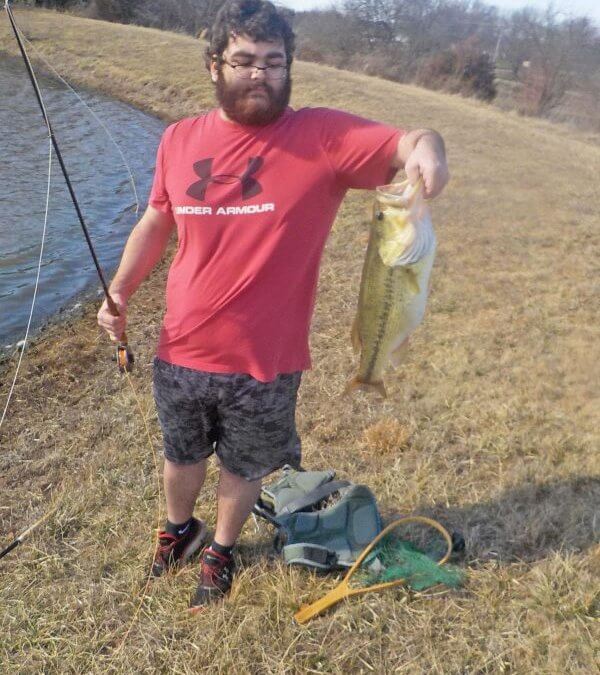 Recent rains eliminated a planned river trip and redirected my grandson and me to a favorite pond.  It was a warm afternoon with cloud cover, but the water remained cool. Predictably, the fish were scattered, so we opted for 5-weight rods, floating line, extended 12-foot leaders with the ability to explore a variety of depths, and 4X tippet. Our hope was to interest a few bluegills in our size-10 bead-head Cracklebacks. We began by fan-casting deep areas near shallow flats and experimented with different retrieves at various depths.  Within minutes we were hooking up with bluegills and small bass along the first breakline. The fish appeared to be scattered along the edge of the flats at three feet of depth. Our slowly stripped retrieves were irregularly intercepted, and the fish were played and released. Eddie had caught three fish when his rod acquired a deep bend that foretold a monster. After a brief run, an explosive head-shaking leap removed any speculation concerning the bass’s size. The leap, quickly followed by two more equally spectacular quick-silver showers, also ratcheted up the tension we both felt. I couldn’t help but smile at my grandson’s evident fish-fighting skills as he patiently kept tension on the line during runs and regained line when it was possible. He has learned his lessons well. Once eventually in hand, the bass was measured at 23 inches, photographed, and carefully released. That beautiful memory will live on through two lifetimes.