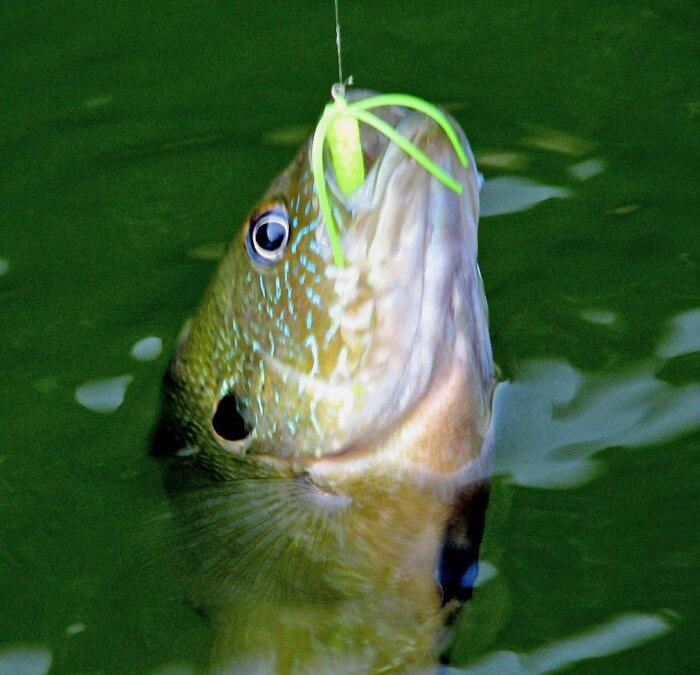 A heavy blanket of dark clouds draped over the river valley as a chilly north wind pushed dead leaves across the gravel bar and swept an armada masquerading as sailing ships downstream. The water that swirled around my waders caused me to shiver. The river and, consequently, fish location has changed, yet I couldn’t resist casting to successful structures just days ago. None produced a hookup which prompted hurried steps to what I knew to be the deepest pool in this section of the river. I selected a  6-weight rod along with two reel spools that held an intermediate line and a 3-4 i.p.s. (inches per second) sinking line. Logs and large limbs mashed by the wind into a clay bank provided structure I hoped would hold fish.  The intermediate line allowed me to probe 3-4 feet of depth, but twenty minutes of casting produced only three wood hangups.  Two were freed by roll casting past the hung-up fly locations, and one chartreuse Bully Spider had to be broken off. I switched to the faster sinking line and moved to a casting position that allowed for a presentation more parallel to the sunken wood. The first vibrations of a hooked fish brought a chubby Green Sunfish to hand from a depth of 7 feet. An hour more casting brought my catch to a dozen, including several Longear Sunfish and a crappie. Each fish was especially satisfying under autumn’s dramatically changed conditions.